Is Three a Crowd? 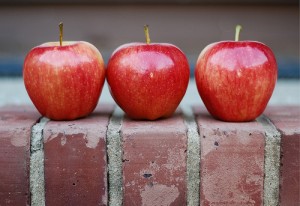 Depending on your point of view, three is either a crowd; or perhaps the magic number - anyone else remember De La Soul? (I'm showing my age, huh? :))

What about when it comes to friends?

I was chatting to a parent this week - she was expressing concerns about her child's current 'best' friends. Seemingly she has two best friends, and for the most part at least, it seems to work pretty well for the three of them.

However, of late she's noticed that more and more frequently two of the three will 'gang up' on the other one. At the moment she thinks it's pretty harmless, just the usual childhood squabbles and it's not always the same child that gets picked on but is worried that in the future it might become more of a problem.

It does raise an interesting question though. At some point, does this sort of thing always happen when you're in a group of three? Is it just human nature? After all, in a three there's always going to be competition over who is who's best friend. And 'best', by its very nature, means only one person can be gifted with the title.

I have to admit to having been at a bit of a loss over what to say to this parent. My gut reaction was that this group of three was likely to break up at some point in the future so I suggested that she talk to her child about how she's feeling and keep an eye on the children to check that nothing nasty is going on there.

It struck me later that what I was advising was damage limitation though. I guess I'd already decided that it probably wasn't going to end happily. This made me wonder if perhaps my own experiences had soured my view?